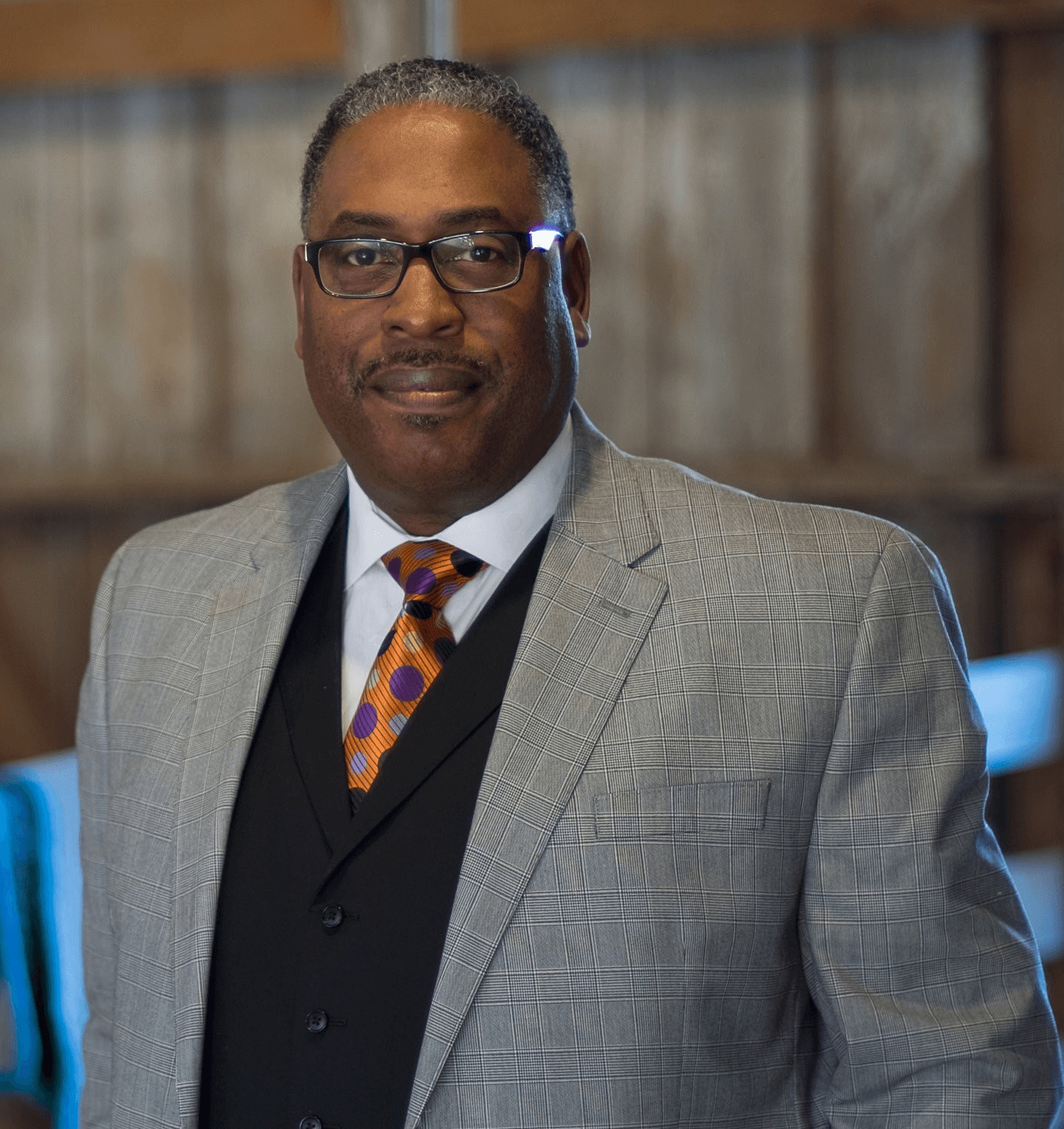 Rev. Mark T. Gibson is the Senior Pastor of Redeeming Love Missionary Baptist Church of Raleigh, NC. He previously served the congregation as the Assistant Pastor to the late Pastor Emeritus, Rev. Dr. T.K. Ashley, Sr. for eight months. Pastor Gibson joined the Redeeming Love family after serving as the 8th pastor of North Carolina’s oldest African American Church, Historic Ebenezer Missionary Baptist Church in Providence, NC for 13 years. He holds a deep abiding belief that the rich traditions of our past have prepared us for our present and provided promise for our future. “Pastor Mark,” as he is affectionately called, has distinguished himself as a passionate and anointed preacher and teacher, with a sincere desire to teach God’s word to the lost, hungry, and distraught. Under Pastor Mark’s leadership, Redeeming Love has grown its congregation to over 450 partners, and increased its online viewership. His dedication and commitment to God’s word is evident through the saving of souls since his arrival in Raleigh.

Born and educated in Washington, DC, he holds a Bachelor’s degree in Political Science from Johnson C. Smith University in Charlotte, NC; a Master’s degree in Student Personnel Services from Indiana University of Pennsylvania; a Master’s of Divinity from Shaw University’s School of Divinity and is currently working on his Doctorate of Ministry in Pastoral Leadership at Campbell University. He retired from higher education as a Student Affairs professional after 32 years of service. Pastor Mark spent over 20 years as a radio personality for North Carolina A&T State University's radio station (90.1 FM WNAA) Gospel program "The First Light” and 2 years as the Sunday morning host for 97.1 FM WQMG's Gospel Flight 97 in Greensboro, NC. He remains passionate about serving the community and is involved in several community organizations in the greater Raleigh area.

He is the loving husband of Lady Margo Rice Gibson and the proud father of four sons:  the late Mark Thomas Gibson, II; Lamont Junious (Atlanta, GA); Myles Tyler and Matthew Trenton (“Trent”) and one daughter, Chelsey.  He is also the proud grandfather of two grandchildren: grandson, Malachi Joshua and granddaughter, Nola Grace. He is the fourth of five sons (Philip, David, and Bernie) and adopted brother (Roger Morris) born to Herbert and Joyce Gibson.  He is the identical twin brother of the late Paul Elliott Gibson.

2017 Site By The Church Online · All Rights Reserved